Watch: Build Back Better – has it started? (webinar) 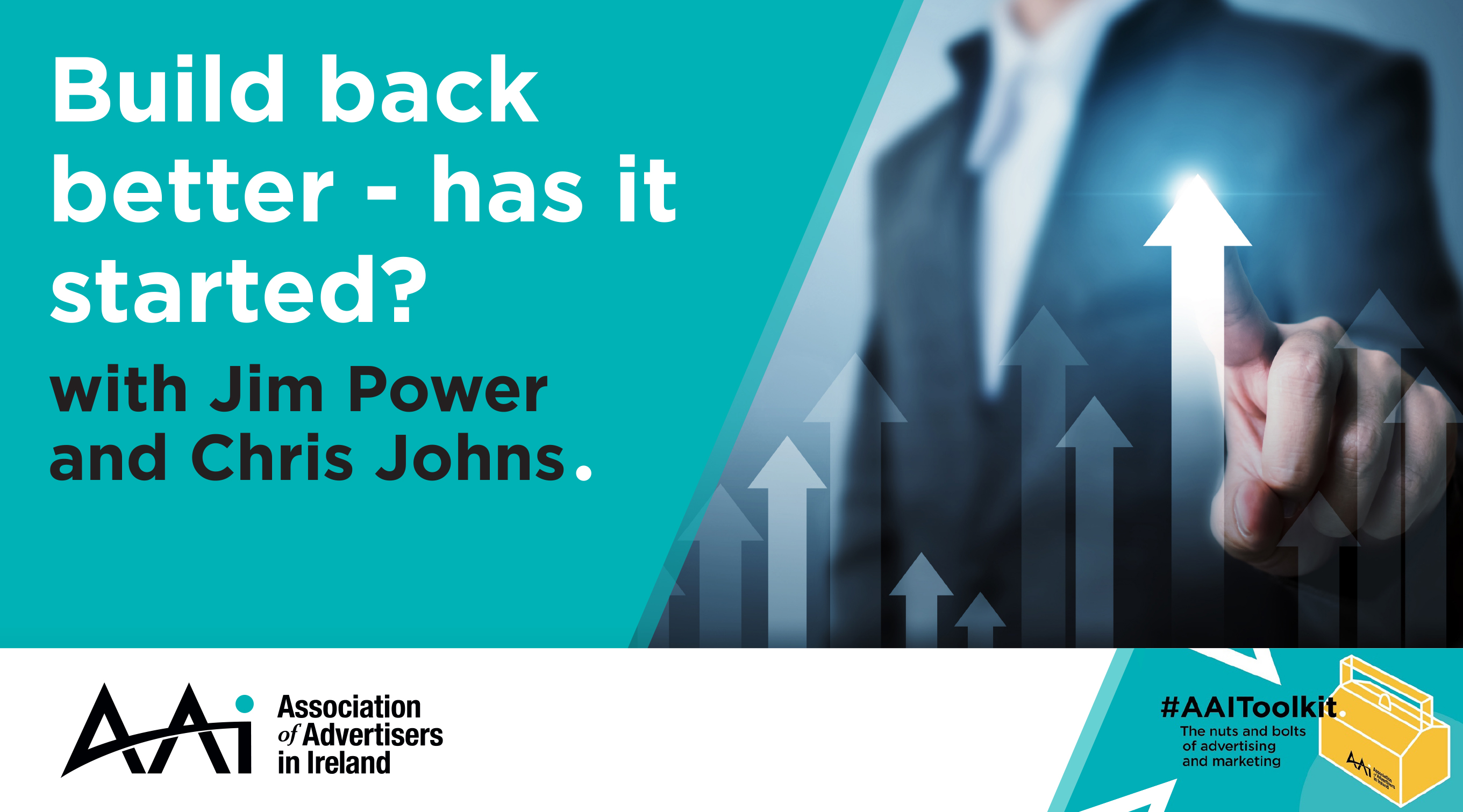 Jim Power is owner manager of Jim Power Economics Limited, an economic and financial consultancy, which he set up in 2009. He is a board member of Love Irish Food and was Chairman of Three Rock Capital Management, an investment company, until it was purchased by Julius Baer in January 2020. He is a member of the Institute of Directors in Ireland and is an economic consultant to Aviva Ireland.

He is the author of the SIMI Quarterly Motor Industry Review and frequently contributes to podcasts including The Stand and Win Happy.

He is a graduate of UCD and holds a BA and a Master of Economic Science Degree. He lectures part-time on the MSc Management and the MBA at Smurfit School of Business, UCD. He is a native of Waterford.

Chris has worked in financial services, mostly asset management and investment banking.  He was CEO and CIO (Chief Investment Officer) at Bank of Ireland Asset Management.  He also worked as an economist in the UK Treasury, the National Institute of Economic & Social Research and UBS Philips & Drew in London, whilst also teaching economics in London and Cambridge Universities.

He is currently Chairman (non executive) of Smith & Williamson Investment Management Europe and a member of the Acuvest Investment Committee.  He is a regular columnist with the Irish Times and was Chairman of Dalkey United Football Club from 2010-2014.