Watch Now: What Makes for Effective Audio with Ciarán Cunningham 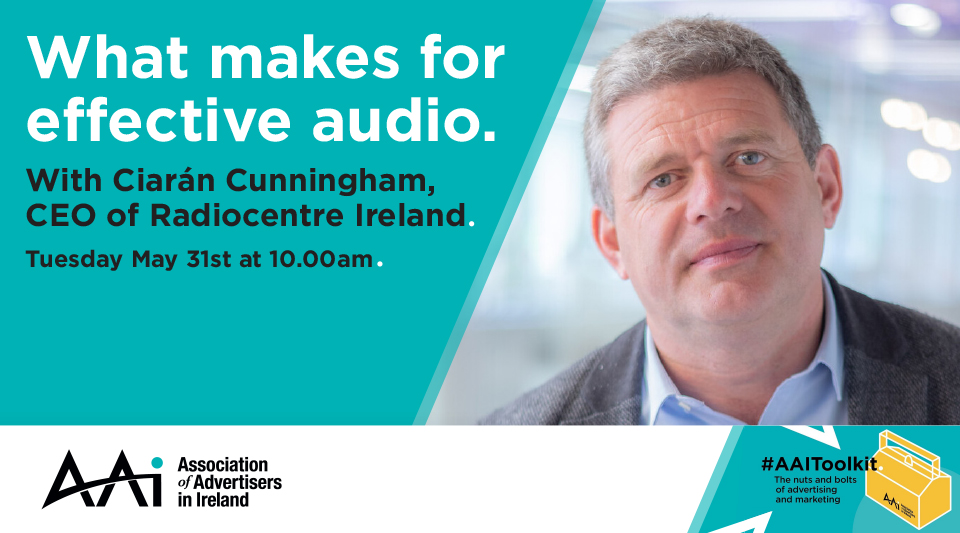 On May 31st, Ciarán Cunningham joined us to host ‘What Makes for Effective Audio.’

Ciarán Cunningham was appointed as CEO of Radiocentre Ireland in January this year. Radiocentre Ireland is a new organisation, funded by RTE and the Independent Broadcasters of Ireland with a remit to promote audio as a marketing medium. Ciarán will take us through research that contains insights on what makes effective audio from a creative and media planning perspective.

Ciarán became the CEO of Radiocentre Ireland in January this year after spending 25 years in the media agency sector working in Dentsu, Carat, dentsu X and Initiative Media. Ciarán has worked with many clients including Unilever, Diageo, Vodafone, ESB, Heineken and Bank of Ireland. Ciarán started his career in RTE back in 1989 so it is great that he is back again working on the media owner side.